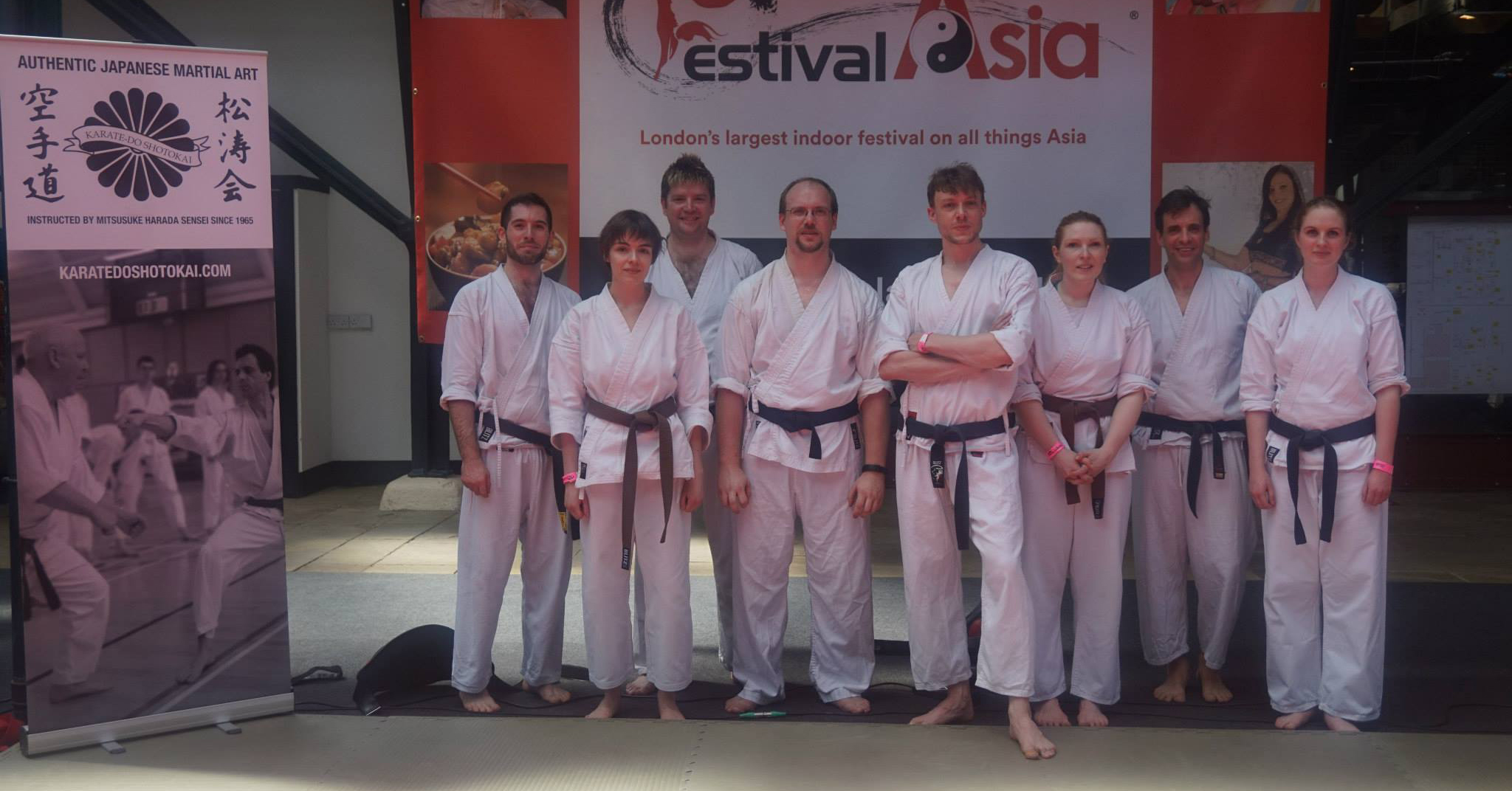 Each month we start a beginners’ course with the aim of giving those who are interested in what we do a gentle introduction.

The London KDS karate Club was founded in 1988, and for much of the past twenty years was part of Imperial College. The original senior instructor of the club was Phil Morrisey who set up the club with the help of several ex-Durham black belts including Dominique Graham, Giles Murray, current senior instructor Nick Stewart, Ned Perry and Ian Treherne.

We’re a friendly club with male and female members of all grades and we’re always looking out for new members. The first lesson is free, so if you’re interested in learning karate, then give us a try!

Nick began his training in 1985 at the University of Durham. He graduated from Durham in 1988 and undertook a DPhil at the University of Sussex during which time, along with Giles and others, he was one of the founding members of the Imperial College KDS karate club. On finishing his DPhil Nick held research posts at various places in the UK and abroad where he remained active in the martial arts before moving back to London in 1994. Nick was awarded his 3rd Dan black belt in January 2008.

Nick became the senior instructor at the Imperial College club in 2004.

Phil Avis
Phil began his training in 1996 at the University of Southampton. After graduation he had his first stint practicing in London before starting a club in Canterbury in 1999 with a local 4th Dan Black Belt. After a job change in 2005 the Canterbury club could no longer operate at which time he returned to the London club where he received his 2nd dan in 2010.

Will Black
Will joined KDS in 2004 while at the University of Durham. After receiving his black belt in 2008 he moved to London where he has trained regularly since.

Vicky Simms
Vicky has been a member of the London club for many years, having moved to the area from Durham where her training within the KDS began. She received her 1st dan at the start of 2011, and since has been looking into getting a regular practice at King’s College, London.

Owen Williams
Owen moved to London towards the end of 2011 having previously received his 1st dan at the Southampton University club.

Peter Wraight
Peter Wraight started training at Southampton University in 1999. Following a move to Cambridge in 2003, he traveled down to train with the Imperial club for a couple of years before helping found the Cambridge club in 2005. Having relocated once more, he returned to the London club full time at the beginning of 2008 to receive his 2nd dan at the end of 2010.

Club Mentor: Steve Hearson
Steve began this martial art career at the age of eight with the practice of Judo. By the age of nineteen he had achieved the grade of 2nd dan black belt under the BJA & BJC. During these years he trained under Dave Starbrook, Nick Player, Mutsuhau Otani Sensei and on one occasion with the great Kenshiro Abbe Sensei.

In 1972, at the age of nineteen, Steve began Karate-Do Shotokai with Norbert West who introduced him to Bill Barnes. Steve spent the next 20 years training with Bill before moving to the Slough club and practicing with Ziggy Boban. Steve started and ran his own club in Luton for around ten years. He is currently a senior instructor at the University of Herts KDS club.

For the last few year Steve has been visiting the London club weekly and passing on the knowledge that he has gained in the 36 years of dedicated Karate-Do practice.

* Tuesdays have been put aside to teach the beginners’ programme alongside the normal club practice. Beginners can also attend as many of the other practices as they like.

The first session is free. New members are then charged £50 for the first quarter. This covers hall hire and their first year’s insurance cover.

Those wishing to pay per session can do so at a cost of £10 a session (£5 a session for students).

Each month we start a beginners’ course with the aim of giving those who are interested in what we do a gentle introduction.

This includes:
3 months training fees and insurance, and the cost of the grading.

The program is designed to last three months. Initially beginners are instructed seperately, but the aim is that by month two they are integrated into the class as a whole so that they can benefit from the collective experience of all our senior grades.

At the end of the three month program we would hope to grade any beginner to their first belt.

We would expect all beginners to practice once a week – however there is the opportunity to train three times each week for that wish to do so. If you can’t make the Tuesday practice times, feel free to attend either of the Thursday/Sunday practices instead.

Please note that no-one within the London club is paid to instruct. All collected fees are used by the club to cover hall costs and other such expenses.